"Me Da started shouting, and I told my Da to go back up to Ligoniel. He said he was goin’ so I’m happy. We don’t get on, we never have. Never ever have. I just don’t like him." 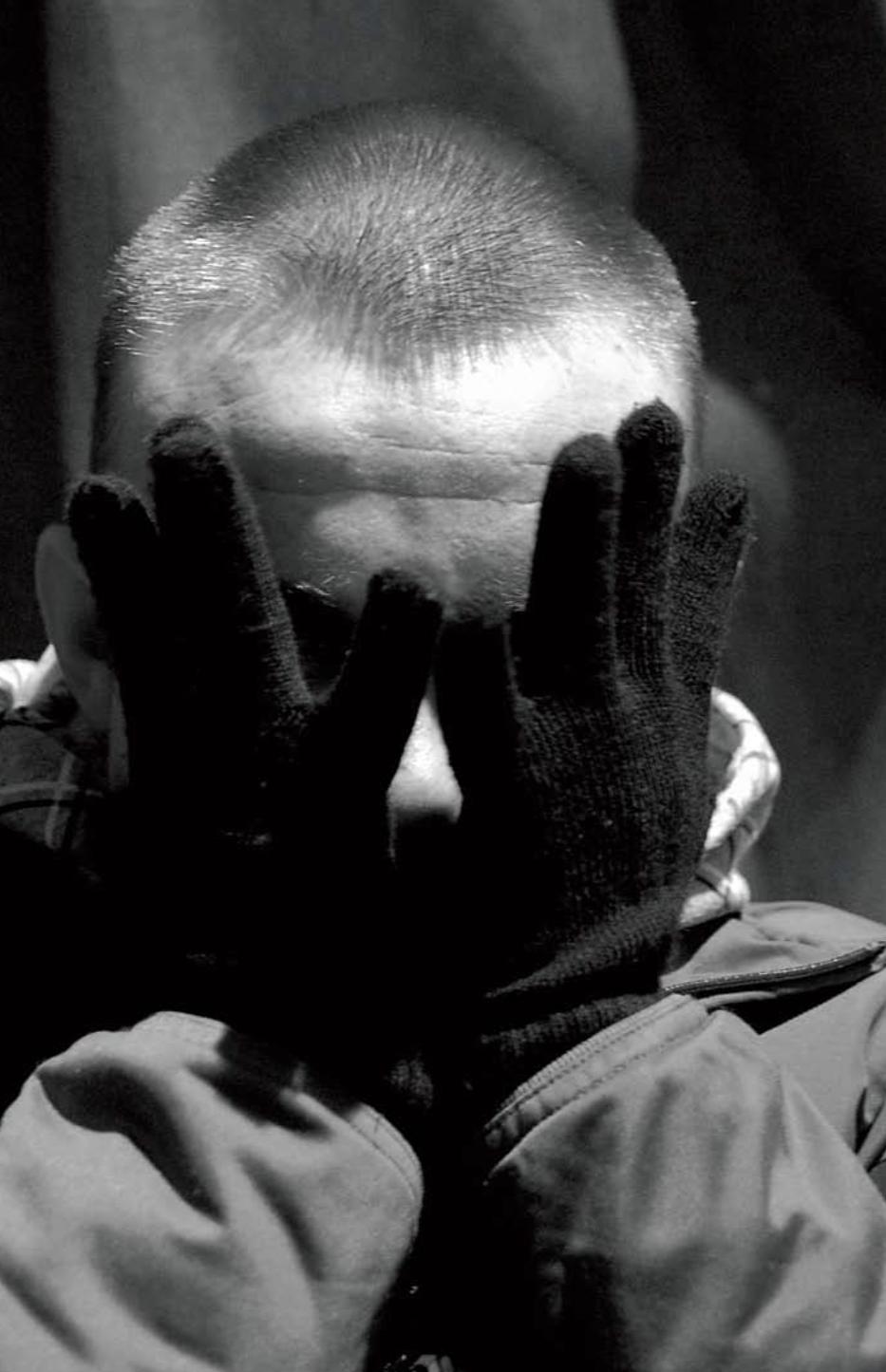 I am at the tech down in the city centre, Belfast Metropolitan College, down on Brunswick Street near the Europa Hotel. I get out of school on Mondays to go to tech. I also go to school in North Belfast. Aye, I don’t like it. I’m in 4th, sorry 5th year. I’m fifteen. I used to go to St. Gabe’s up at the top of the Crumlin Road. It was a gift, we beaked of school every day after P.E. and all. That would be one of the best places I went to. St. Gabe’s was closing down. There was only 50 people left in it at the end of the year. Sometimes living in Ardoyne is good. Other times it can just be borin’ like. Ah, there’s loads of us, loads of boys and wee girls. We used to play like Tammy Knock an’ all, just for the fun of it.

Aye, tomorrow night we are going to the Christmas lights downtown. Just me and Eoin like, me mate Eoin from Ardoyne, even though he complains it’s shite and there’s never nothin’ to do if it’s just us two. All my mates from school will be down there anyway so...The bad thing is that there is always loads of cops all around the town. Cuz there is always...Protestants always go down too every year and there’s always big fights. So there’s loads of cops all around the town. We got chased last year, I don’t know. My mate got caught. I was in Victoria Square. I ran up to Victoria Square toilets, locked the door, and me mate got caught. They just took him up to his house and told his Mummy and he got grounded for two weeks. Cuz me mate threw a glass bottle at a jeep. One of them big ones, the ones you get from a juice man. Near hit the cop man so a cop man came running after us. So he got caught. The cops are fed up chasing people. I used to do it but I just got fed up an sit in the house now.

Ardoyne is crap now around the 12th July but it used to be good. People were hijacking other people’s cars, and driving them through. But they don’t do it anymore. Just stand up and throw it at cops during the Orange marches.

Aye, there was trouble last year on the 12th. Someone hijacked a car and just drove it through the big gates up at the top of the road. Ever see beside Crumlin Road, those gates you can go down through? He drove down through that. He just benched out, opened the door and benched out and the car went through the gates.

Me brother was in a bad mood when he came home from tech. I was only in and then I put a cd on and he kept sayin’, “That’s mine, that’s mine” and I threw it at him. Me Da started shouting, and I told my Da to go back up to Ligoniel. He said he was goin’ so I’m happy. We don’t get on, we never have. Never ever have. I just don’t like him. He’s a bore. He gets away with everything. The only reason he gets away with things is because he has ADHD, so me Ma and Da doesn’t do nothing. That’s not fair. I know it is some kind of sickness or something, and he has asthma and he’s older than me. Aye, last time I busted his whole eye open because he got on me nerves. Me Ma took his side then phoned me Da. Then me Da came down and he hit me, so I hit him. I always hit my Dad back, but. I just go out and have fun with me mates. He can’t say nothin’ cuz I don’t listen. I’ll be happy to move out of that house.

I drink everything and anything. I don’t sniff glue. It’s easy to get joints in Ardoyne if you know who’s selling it. People got shot in the legs for selling it and all. There’s high consequences. It’s a big risk.

I don’t like Christmas in that house. Last year... Every time I go out me Ma goes, “You are not going out on Christmas day, you are going to be with the family.” The financial, money side of Christmas isn’t good. She
still hasn’t got the money. I won’t get me jeans until after Christmas. I need to save up £13.50 so I can go down and get two pairs of jeans and a jumper. I have me shoes and all for Christmas. I really want a laptop for Christmas.

I don’t like cooking in tech. I’m only doing it cuz after you do the cookin’ you can go to Victoria Square. When you walk around Victoria Square it makes you feel bad if you don’t have the money you want. My mate stole a pair of good jeans. He didn’t have enough money. He only got caught when he got halfway outside. A cop man took his phone number of his Mummy and his Ma had to come down.

I hardly go out no more. I sit in the house just. It’s shite.