"About 7 years ago my Ma got put in jail for nine months. So, I had to go to school and help my Da with my wee brother and sisters, and we seen her like once a month." 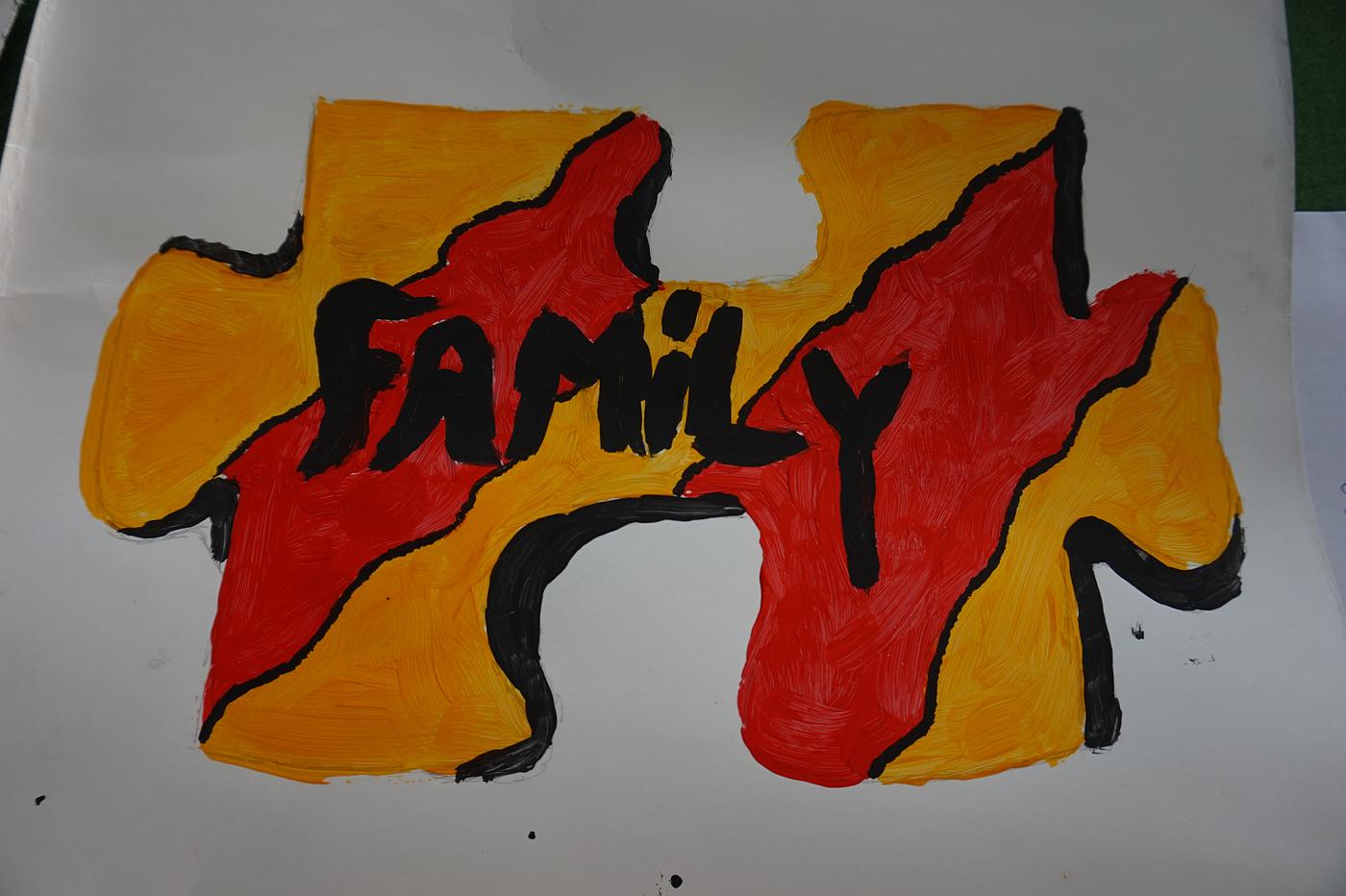 About 7 years ago my Ma got put in jail for nine months. So, I had to go to school and help my Da with my wee brother and sisters, and we seen her like once a month. It was quiet in the house. My Da was more used to going out working, but then he had to look after five of us, so he couldn’t.

Well we all still had to go to school. I was in like second year I think, and everyone knew about it. Like me, Billy, Kerry, Laura and Adam, I think basically most of us got bullied in school because of it, because my Ma was in jail. Then once she got out, she came back and lived with us for about a month, then she got kicked out by the social workers.

Social services made my Da choose between her and us. My Ma kicked them - told them to get out. She went to the shop, they came back and made my Da choose between us or my Ma. So, then she moved and lived in a hostel for about three months and then got a house. She lived there about a year and then got another house cos she got sick in the first one because of the damp.

The story about her being in jail. It was all round the newspapers before we found out. We were at school when it was all happening. Most people on the road even knew about it before us.

I found out after school. Like I had messages and all of people asking me if everything was okay. And I was like, yeah why? “Did you not hear about your Ma?” We knew she was at court, so we didn’t know until my Da came back and told us.

It was weird with her not being there cos we had to look after ourselves, like with cleaning and all.

Yeah it was a struggle, like my Da’s family came down and helped him. I can’t remember for how long. Cos, he ended up fighting with his brother and they haven’t talked since.

We got bullied from primary school through secondary school. We got used to it. I blame it on my older brother cos he was the first one there, so he must have done something.

R: That’s awful though having to go through that experience for so long from primary school right through.

Like, fifth year and all in school wasn’t as bad. It was mainly like before my GCSEs. And then my Ma got sick, got put into the mental health ward at the Mater for like a few months, got out for a few months, back in again. Then the next time she got out, she ended up being put back in jail but got sick, so she had to go back to one closer to the jail and she’s back out again.

Well it’s probably because my Ma’s an alcoholic. She’s been diagnosed with dependency on alcohol. And depression and all. I can see her a few times a week. And she rings me every day.

R: How do you feel about it all?

You see I’m okay with it. I’m getting used to it by now cos it’s been that long. And me Da’s moving house. I’m okay because I’ve got my own house, but my older brother and sister don’t, so they’ve to get their own house.

R: And then you’ve got another younger brother and sister?

They’re in care at the minute. They have been for over a year. It’s like the whole family have been split up. I was talking - I messaged my older sister earlier, asking if my washing is being done. Well you see I saw her at Halloween, and she was drinking. Then she went home. Plus, at the minute I’m still sorting out the house. All my mates are round helping me. I got my own house a few months ago. It’s good because I have my own space.

R: And how do you get money and all to pay the bills - electric and gas and food?

Jobseekers. - A hundred every two weeks.

R: That’s fifty quid a week. How does that last?

I don’t know but it lasts. I only put a fiver in my gas and electric. It lasts me two weeks because it’s a onebedroom house. I spend twenty pounds on shopping or twenty-five, and that lasts me a while.

No. It’s not as hard as most people make it out to be.

R: What would be your dream job? Don’t know. I’ve got too much qualifications to move. I’ve got catering, IT, child care…

R: You’ve got quite a few then, that’s good.

We were talking about this project about the Good Friday Agreement, do you have any memories of the Troubles? No.

R: Nothing? So, the Troubles haven’t affected you at all?

R: Would you have like, friends that are different from you?

Yeah, I went to an integrated school.

R: And what about the likes of refugees and asylum seekers who are living here as well.

You see not many people can actually judge you on anything.

R: Yeah do you think though that they should be included in society? Like say, living beside you in your street?

Yeah, I wouldn’t mind. Cos if people are sweet with me I’m sweet with them. Because you don’t judge a book by its cover, you need to by the contents inside.