"If this had been 6 years ago I didn’t give a f**k about my family or nothing, all I cared about was my bottle of vodka – or where the next bottle was coming from." 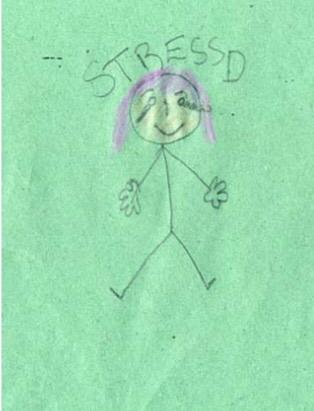 My Past is my future. If this had been 6 years ago I didn’t give a fuck about my family or nothing, all I cared about was my bottle of vodka – or where the next bottle was coming from. I was drinking 2-3 little bottles of Smirnoff a day to myself. I used to lock myself away. Yea. Then my brother had to come down and kick the door and all in. That’s what I’ve said my past is my future, you know what I mean, cause everyone knows me from years ago ffs. Everyone thinks because I used to run about that town they know me. I was just mad. I was just one of them rockets that hasn’t landed yet. The people I used to drink with and all I wouldn’t pass them. It costs them £2.50 every time I see them – they have to buy me a coffee.

My sobriety means everything to me now.

The screws inside Hydebank knew me from Maghaberry – they knew I was a registered alcoholic, a recovering alcoholic. My court case was all down to drink. Actually it wasn’t down to drink I was thinking of my grandkids – if anyone touched them or anything belonging to me I’d do life for them. Ya know what I mean? It happened because two wankers raped a 13 year old child, an innocent child. I knew who it was. And he was standing in the living room telling it all to my face – and I had drink in me. There were no cameras in my flat. There are in the landing but not the flat. I just lost it – there was 3 of us. I jumped all over his head – he’s a scumbag so I don’t care. See when I was coming here last week I seen him and he was smiling at me, I just gave him the middle finger. I’ve seen him about 3 or 4 times – I swear, I said to him before don’t even look at me (I would spit on his face). I said to him by the way see the ¾ years we got I would do them sitting on the toilet. He’s lucky I wasn’t drinking vodka – If I was I would have cut him up with the temper.

I knew him because we used to drink together in the town, he was a security guard and used to stop us stealing bottles of vodka and all – I used to think I was invincible. I was smoking dope and all – I didn’t know if I was stoned or blocked or what was happening. I got 18 months inside and now I’m on 2 years on licence. It was attempted murder – then got dropped to GBH. It was alright inside, I had to be always doing something, I would have been working in the gardens or keeping myself busy. I used to know all the screws from Maghaberry as I was in there a few times, I used to be mad. I was in there for a few attempted murders but it got dropped to GBH and was in for assaulting the police as well. When I see blood I can’t stop – see my eyes – my eyes just see black. I’ve been suffering with mental health problems from the age of 11. I was put under the mental health act. I was just mad – if someone had to beat me I would have went in and lifted a hammer to them.

My first offence was when I was 13 – I sliced somebody with my roller blades. But I had 4 bottles of drink in me. I started drinking from a very early age. Do you ever hear that wee saying you were born to be an alcoholic? That’s me! I’m an alcoholic who always tells the truth – I remember everything – like if I fell and broke my nose I’d be able to tell you the next day what happened. It’s the alcohol that has played a massive part in everything…in all my court cases alcohol has been involved. My mum was an alcoholic who would never admit it. She never touched vodka until after my daddy died – he died in 1984 I was only 16. My Da, was my rock – Ya know what I mean? That nearly killed me! My dad was only 45 when he died. My mum never touched a spirit in her life, it was always Guinness every day then when my daddy died she was on the vodka. She was stick thin, the size of your wee finger. She was only 3 ½ stone in her coffin, she wouldn’t eat. I was only in my mid-twenties when she died.

I didn’t have my first child until I was 20. I have 4 kids now – 2 bitches and 2 sons. I have a good relationship with them now – although six years ago they would have walked past me on the street – I would have been throwing empty bottles at them. I was homeless then. It was the company I was running about with – it took me 20 years to realize that.