"The journey was very difficult; we drove on the back of a lorry through Turkey. When we arrived here we had no idea what country we were in". 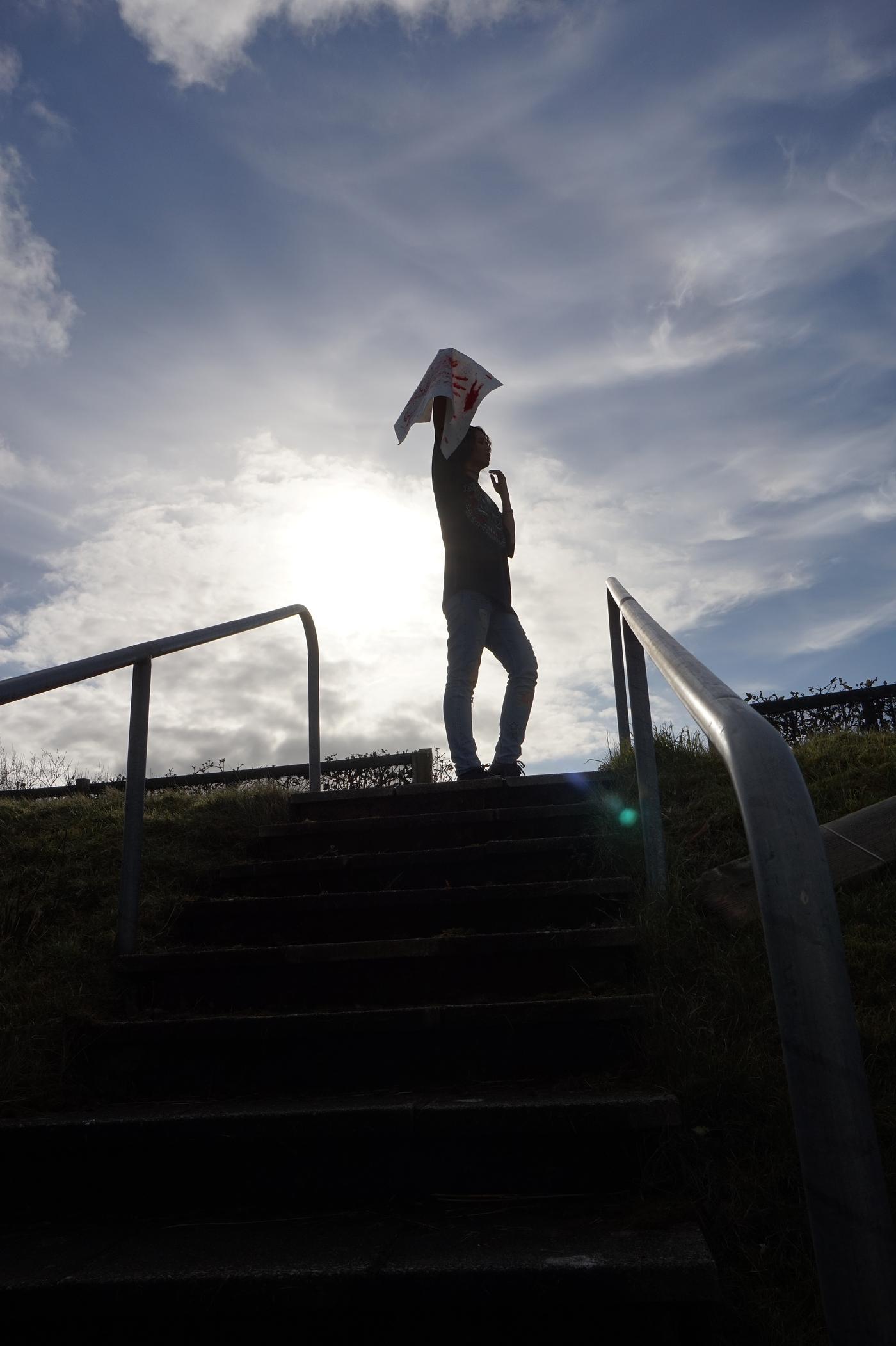 My Name is Lily and I’m from Iran. I am 21 now. I was born in Tehran the capital city of Iran.

I had a really nice life in my country. Up to the age of 15 I never believed in God, I thought there was no god in the world and I thought everyone who thought there was, was just fooling themselves. In school they taught us about Islam. When I was in religious education classes at school I couldn’t accept it at all, I thought the idea of it was really silly – I thought it was a joke - I couldn’t believe it. I couldn’t understand why men could have four wives at the same time! Why will my husband have another three wives? My teacher was always putting me out of the classroom because I answered all her questions about religion logically and she would get angry with me.

In Iran they forced us to do our daily prayers at school. If we refused they made us do the prayers at lunch time instead of eating. I hated it – it made me think all of religion was a lie, a joke.

Since I was a child I have always preferred black and grey colours, mostly black. Because I like these colours people thing I’m weird, or a Satanist. But these are just the colours I like – wearing them doesn’t mean that I don’t believe in God. People thought I was evil because of the way I dressed but it is not true. People used to judge me and bother me a lot because of the way I dressed. As I got older, police started to stop me in the streets and detain me because of the way I dressed, my hair, and my piercings. One time I was walking down the street with my ex boyfriend who has a lot of tattoos. The police stopped us and asked us if we like the devil? If we are Satanists? I said no and they took me to the police station and the police woman made me take of all of my clothes. I had two piercings close to my hips at the time. If you look you can still see the scar. The police woman asked me to take them out, I said no and she ripped them out from my skin. I was bleeding everywhere. Now every time I’m shopping and I see jewellery for those types of piercing it reminds me of that day. I couldn’t express myself, or my style in Iran. I couldn’t understand why they cared! You couldn’t even see the piercings because we had to cover our whole body with clothes. Why did she do that? It makes no sense.

After that event the police took my student ID for a month and I was unable to go into university. They are not the normal police, they are a special group that wear normal clothes and live among the people; they are very crazy and scary. After the month had passed they gave me an appointment to go back for my ID. When I got there they told me I could only get my ID back if I worked undercover for them and told them about other people who were like me, who dressed like me. They wanted their names – crazy. They wanted me to work undercover for them in my university. The wanted me to help them. I could never do that, so when I left the police station I just smashed my sim card and ran off.

My mum had been a Christian since I was 16 and she started to teach me more about Christianity as I got older. When I started to read the bible I learnt that God was good and kind and he touched my heart. But I had to hide being a Christian in Iran. It was hard for me because a lot of people were saying a lot of bad things about Christianity and I couldn’t say anything. If they figured out that I was a Christian they would come and kill me so you just have to listen to shit and sit there and be quiet.

One day my mother picked me up from university and took me to my aunt’s house. After dropping me off she went to the House Church. It’s really hard to go to the House Church in Iran; the people have to really trust you before you are allowed to go in. I left my university stuff; my laptop, books etc in the car. Because sometimes people steal things from your cars, my mum took my bag into the house church with her. My mum had parked outside someone’s house and she left a note on her car saying that if they needed her to move to please call this number. About half way through the church service my mum got a phone call from the guy who lived in the house, so she went out to move her car. She left her things and my bag inside the house church.

It was a very busy that day so my mum had to drive for about 20 minutes to find a place to park. She found a place two or three streets away. My mum then walked back to the house church. As she approached the church she saw a crazy scene, there were a lot of police outside the church. It was mad; a van, twenty cars, lots of men in black clothes. My mum saw that the police had already taken everyone and everything so she ran away. My mum had left all of our things in the church when she had gone to move the car so she knew that the police would have our names and addresses and information about us. This is when we knew it was not safe for us in Iran. We went into hiding in another city in Iran. When we were hiding we learnt that out house in Tehran was raided by the police. When we heard about the raid we fled Iran.

The journey was very difficult; we drove on the back of a lorry through Turkey. When we arrived here we had no idea what country we were in. The smuggler brought us to an area near a big Tesco, I remember seeing the Tesco. He left us on the road and told us to stay there and that he was coming back to pick us up. We stood there for over 6 hours, we were freezing, we didn’t have anything with us – we didn’t have any money. He never came back. After we lost hope that he would return we went to a police station and they took us to the detention centre in Larne where we stayed for 5 days.

Even though it was really scary coming here, it was good to be in a safe place. And my faith in God helped me. Everything was very difficult coming here but it’s better than dying. They wanted to kill me, yes, I have problems here but I’m safe. I don’t care about money anymore because you cannot buy your life with money. I left everything behind me; I had everything back in Iran. My money was my money; I could buy my own clothes and food. Now we have to budget really well. It’s hard to live on £36. You know we can’t even work here – it’s not fair. I have been in university, I could be doing a good job somewhere but it’s not allowed. I feel stuck here, I can’t do anything here. It’s so annoying.